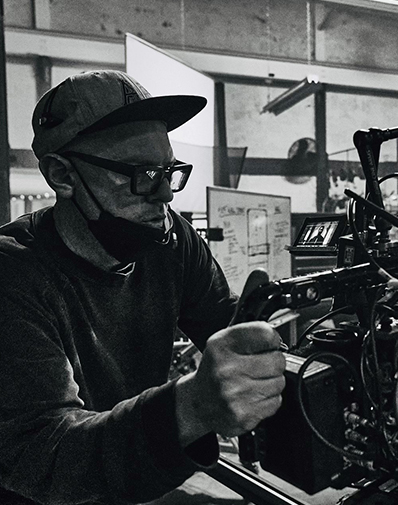 “There seemed to be no limits. You weren’t limited to a track, or a train. You could walk anywhere you wanted.”

Grant Adams is talking about his passion: working as a steadicam operator. But he could just as well be talking about his life. Grant has worked as a trainee hairdresser, breathed life into the visions of cinema’s greatest living directors, and done almost everything else in between.

It all started at Scots College, which he attended from 1988 to 1994, though he didn’t know it at the time. “I was always interested in things that were less academic,” he joked. “I loved watching movies.” He filled his time with drama, singing in the choir and Barbershop Quartet, making DIY videos and short films, developing a passion for the arts.

When it came time to leave, however, he didn’t know what to do. His friends were leaving for university; he knew that wasn’t for him. Somehow, he found himself working at a Cuba Street salon. It was fun and vibrant, full of big personalities and bigger hairdos.

But something else niggled at him. “A friend suggested that I try get a position in the film industry.” He decided to give it a shot: the idea of listening to people’s narratives and helping give life to them attracted him.

So, he pulled every string he could and wangled his way onto Hercules: The Legendary Journeys, a blockbuster television show being filmed in New Zealand (later overshadowed by its own spin-off: Xena: Warrior Princess). It was there that he first saw a steadicam operator in action.

“And while I was watching him, I was just in awe of it. It seemed like it was more than a discipline – it was a conviction.” He realised at that moment that he could “devote my energy to learning a craft like this – something which is just as valuable as going to university.”

Before steadicams were invented, directors had three choices. They could leave the camera fixed in place (boring), fix it onto a wheeled mount that rolled along mini train tracks (limiting), or have someone hold the camera directly (shaky). None were good.

Steadicams (formally, a camera stabiliser mount) changed the industry. The tool isolates a camera’s movement from that of the operator, enabling the camera to smoothly swoop around a set and capture key moments – the kind of camera movement that helps a viewer forget that they’re watching a movie at all.

Operating a steadicam, however, is exhausting. It is a kind of sci-fi exoskeleton, requiring operators to simultaneously compose a camera shot while managing a stabiliser and manoeuvring around an often complex location. Doing it well requires years of experience. Grant was willing to put in the work.

After years of climbing the ladder, he now works as a full-time steadicam operator on the biggest films and television shows in the world: Mission: Impossible, The Unbearable Weight of Massive Talent, Lord of The Rings – The Rings of Power.

Mission: Impossible was, he says, “extreme”, in large part because of Tom Cruise. “He is one of the most driven, disciplined actors I’ve ever worked with. He must still think he’s in his 30s … He was quite inspiring.”

It was remarkable to work on a film with such an enormous budget, he recalls. He would arrive at Queenstown Airport each morning, ready to board the film’s fleet of fifteen helicopters to wherever the weather was best that day. It was a lot of pressure. “The bigger the budget, the higher the pressure to execute the shots in a technically perfect way: every minute on set might be worth thousands of dollars.” He thrived.

His most rewarding work, however, is with another Kiwi: Jane Campion. He’s now worked on three of her productions: Bright Star, Top of the Lake and The Power of the Dog. Each time, he’s come away astounded by the experience.

“I really admire her process. It’s one which is quite unique. There’s a real truth in the way she films things. She doesn’t like to manipulate the viewer too much,” he explains. “It’s more than just an honour, it’s been an education, to work in that way with her.”

It’s that process of constant learning, and the pursuit of constant excellence, which most appeals to him. “In the edit, they’ll always choose the best performance, regardless of whether the shot was perfect. You really have to figure out a way to do things so that they’re always of the best calibre.”

So next time you’re at the movies, focus: is the camera smooth? Is the shot perfect? If so, it might just be Grant’s work you’re watching. To see more of Grant’s work, interviews and photos check out his website here. 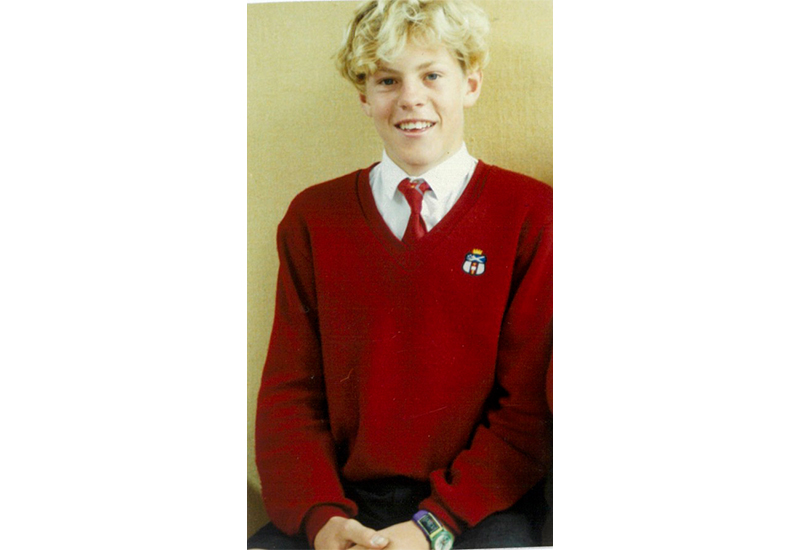 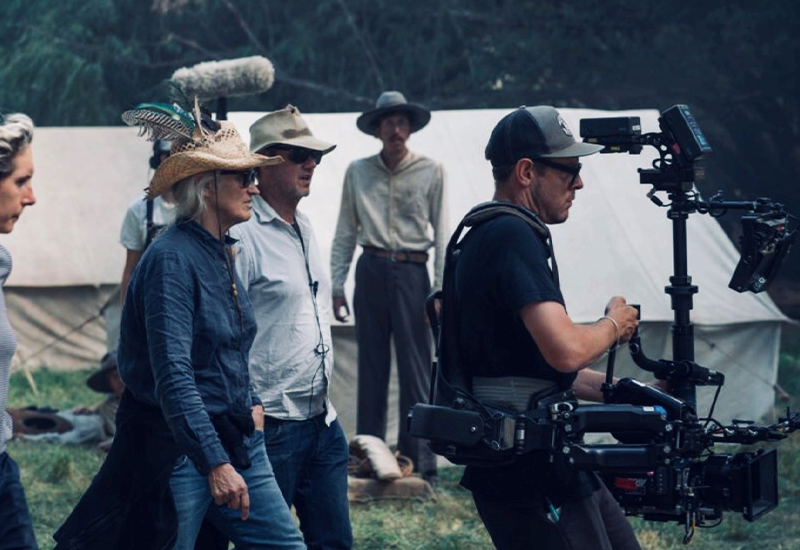 Grant Adams on the set of The Power of the Dog, Lindis River, credit Kirsty Cameron 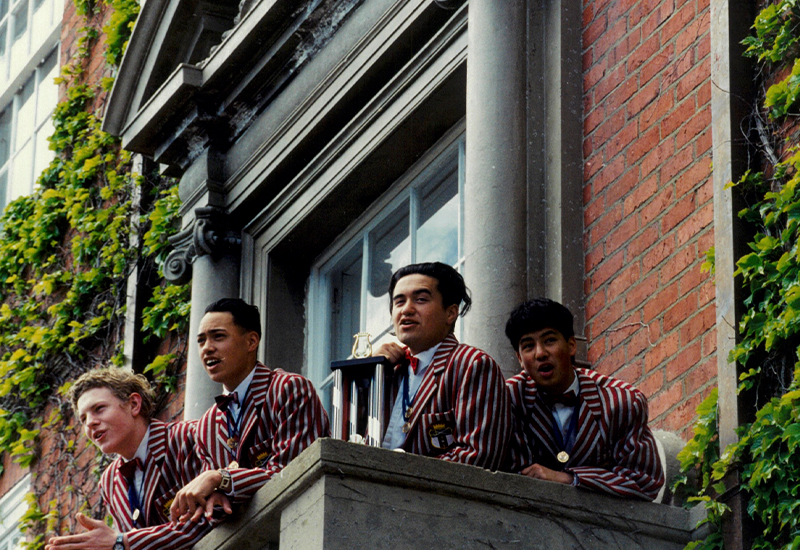