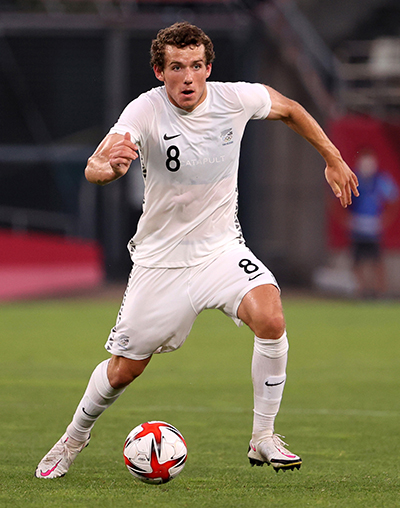 The New Zealand Oly Whites made history on the 28th July 2021. With their 0-0 draw to Romania, they had qualified for the Olympic quarterfinals: the first time our men’s Olympic football team had done so.

Joe Bell only realised the significance of that once the team got off the pitch and the first lines of Dave Dobbyn’s Slice of Heaven began to echo through the team’s locker room. “There’s certain New Zealand songs that we listen to in New Zealand national team games,” said Joe. “They’re such fond memories. Those are the kinds of moments you remember forever.”

Joe’s journey to the Tokyo 2020 Olympics (held in 2021 due to Covid-19) started in Christchurch, when as a child he started playing for a small football club. His English family loved football and Joe had grown up adoring football star David Beckham. But he didn’t realise that the game would consume his life. “I don’t think any six or seven year old kid is like: ‘This is the moment I’m going to play football.’ I think I tried rugby as well, but realised I’m probably not physically suited for it!”

Nevertheless, Joe began to understand this was something he was good at. His talents took him to the Wellington Phoenix Academy, Scots College (2014-2016), and the University of Virginia. While studying in America, Joe captained the New Zealand Under-20 football team at the U-20 FIFA World Cup in Poland. “We played Norway, in the group stage, and beat them 2-0. And that’s how the football world works – the coaches were obviously watching the Norwegian boys, and noticed me!” Joe went professional and signed with Viking football team in Stavanger, Norway – where he plays to this day.

He laughs that, “If you went straight through the earth [from New Zealand], you’d hit Norway. I couldn’t be further from home.” The workload was also dramatically different, with all his time spent either training or recovering – a regimen which prepared him well for this year’s Olympics. It also helped that he already knew many of the guys he would be playing with. “It’s always special being with the New Zealand boys. They’re boys I’ve played with growing up and for many years.”

The national men’s team focused on “playing with mana”, said Joe. “When you experience that and see it first hand, you really realise how special New Zealanders are. It makes you proud to put on the shirt – you’re the one playing, but you’re representing everyone back home.”

After the team’s history-making group stage, they were defeated in the quarterfinals by Olympic hosts Japan. But that’s not the end of Joe’s Olympic dreams. “At the Olympics, we talked about making history. We did that. But there’s much more history that I want to create and write, and hopefully I can do that as part of a great group of boys – many of whom were playing at this Olympics with me.” 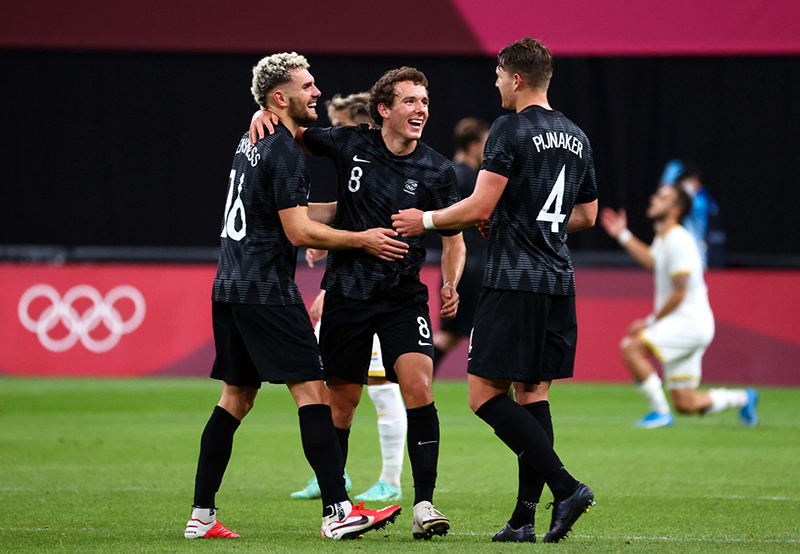 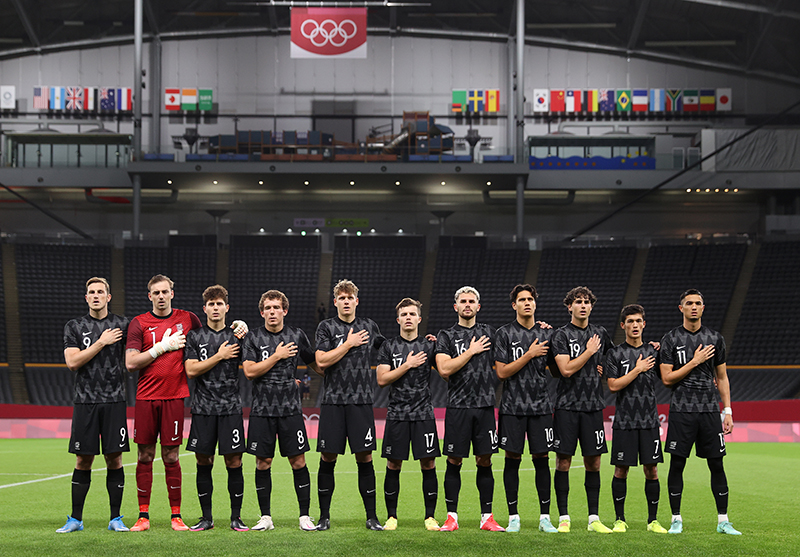